Hope In The Dark

“It’s important to say what hope is not: it is not the belief that everything was, is, or will be fine. The evidence is all around us of tremendous suffering and tremendous destruction. The hope I’m interested in is about broad perspectives with specific possibilities, ones that invite or demand that we act. It’s also not a sunny everything-is-getting-better narrative, though it may be a counter to the everything-is-getting-worse narrative. You could call it an account of complexities and uncertainties, with openings.

Hope locates itself in the premises that we don’t know what will happen and that in the spaciousness of uncertainty is room to act. When you recognize uncertainty, you recognize that you may be able to influence the outcomes — you alone or you in concert with a few dozen or several million others. Hope is an embrace of the unknown and the unknowable, an alternative to the certainty of both optimists and pessimists. Optimists think it will all be fine without our involvement; pessimists take the opposite position; both excuse themselves from acting. It’s the belief that what we do matters even though how and when it may matter, who and what it may impact, are not things we can know beforehand. We may not, in fact, know them afterward either, but they matter all the same, and history is full of people whose influence was most powerful after they were gone.

Hope is only a beginning; it’s not a substitute for action, only a basis for it.” 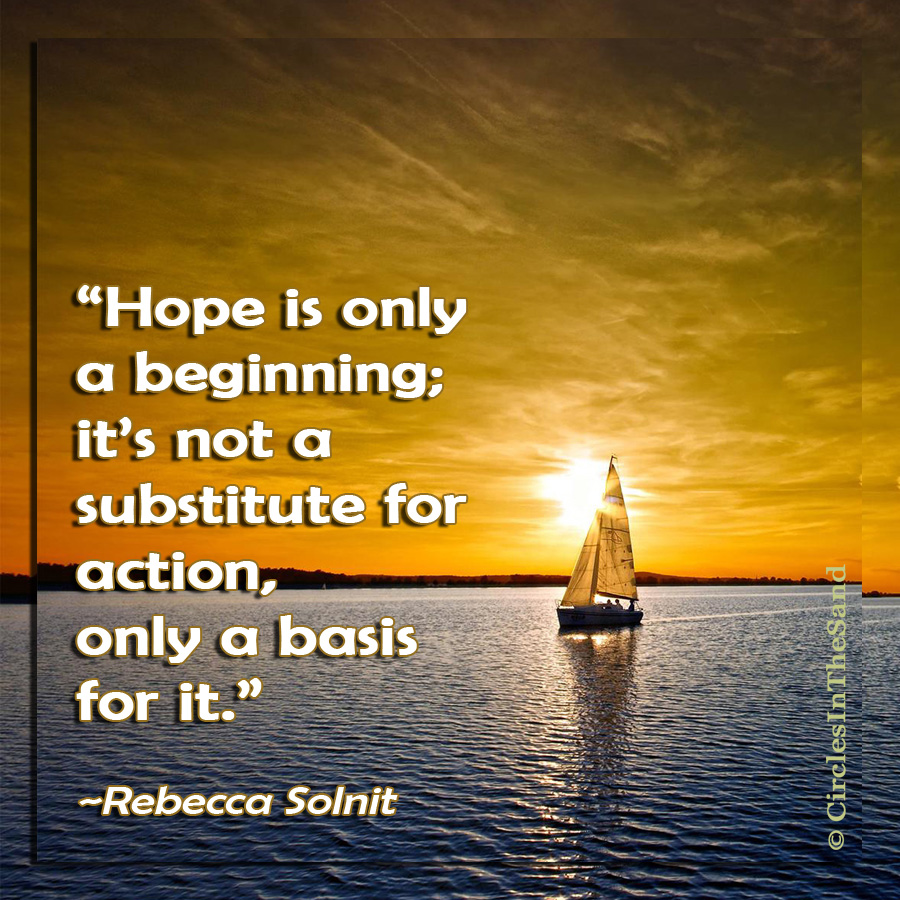 Excerpted from “Hope In The Dark” by Rebecca Solnit